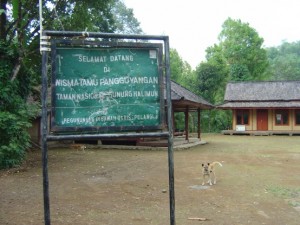 Halimun, “Mountains under the Rainbow”

Gunung Halimun-Salak National Park is a 400 km2 conservation area in West Java. Established in 1992, the park comprises two mountains, Mount Salak and Mount Halimun with an 11-kilometer forest corridor between the two. Halimun is particularly important for Javan gibbon conservation.

The gibbon (Hylobates moloch), confined to western Java, lives in primary forest between sea level and 1,250 m. Since most lowland 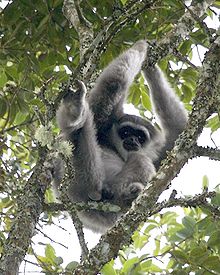 forest has been lost to agriculture, the Park offers a much-needed secure home. The Javan leaf monkey (Presbytis comata), another West Javan endemic primate, is also endangered. Its future will depend, crucially, on protection in forested National Parks. Halimun is also home to the ebony leaf monkey (Trachypithecus auratus), which is found only on Java and few of the lesser Sunda Islands. The long-tailed macaque (Macaca fascicularis), common and famous throughout South East Asia, is also resident.

A quiet walk in the magnificent forest may yield views of wild pig (Sus scrofa) and barking deer (Muntiacus muntjak), the latter preferring secondary forest. These animals form the main diet for the now very rare wild dog (Cuon alpinus). Flocks of bright red and black minivets fly through the canopy. In fact, there are around 130 species of bird, 90 of which are more or less permanently resident. Of the 30 or so javan endemics, nine exist within the park. At least two are endangered: the spotted crosias (Crosias albonotatus) and the rufous-fronted laughing thrush (Garrulax rufifrons). Other endemics include the pygmy tit (Psaltria exilis); only found in West Java, it is the island’s smallest bird.

Epiphytes are numerous including orchids. Woody climbers, lianas, are well represented and include the very spiny rattans. The high rainfall gives rise to a rich community of ferns and mosses. Palms, rhododendrons, tree ferns and rare mistletoes add to the area’s high botanical value. 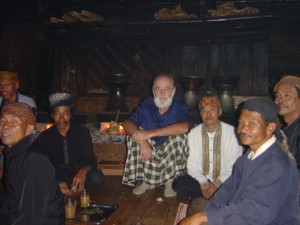 The Kesepuhan community live in the southern part of the park with their main village at Ciptagelar. The Kasepuhan are linked to the Baduy; their belief system is Sunda Wiwitan although influenced by Islam combining animism and Sundanese traditions.  The Kasepuhan continue to use traditional agricultural methods with a strong emphasis on eco-friendly techniques of farming and in management of forest land. The main ritual of the Kasepuhan community is Seren Taun, or rice harvest thanksgiving that also marks the new agriculture year.

There are various tracks within the Halimun National Park. A Circular, containing specific details, will be sent to those who express interest in joining.

Saturday: Depart for Sukarame at 0530; 35 minutes by car from the resort. Sukarame sits astride the upper Cimaja river which features steam vents. Gold mining is a local industry.

The walk takes about 8 hours. Return to Ocean Queen, spend the rest of the day at the resort. Suitable for families with older children.

Sunday: Depart for Cibareno at 0615, 15 minutes by car. Climb up the west inland side of the Cibareno river then veer east to climb to the stone peak of Gunung Tumpang. Return directly westwards to the road for a leisurely 2 hour walk. Return to Jakarta. 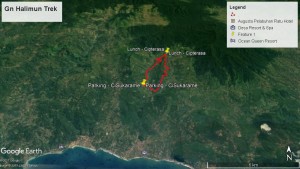 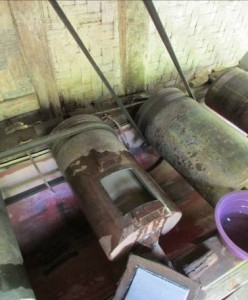 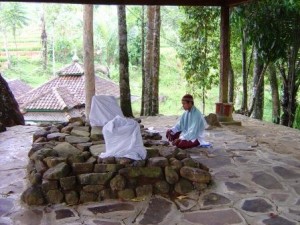 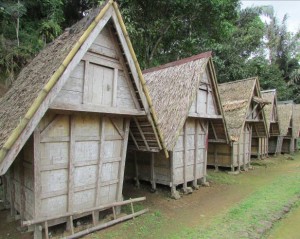 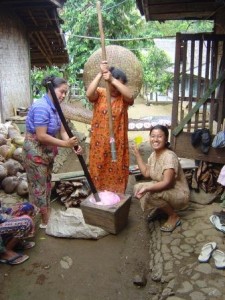