Gunung Slamet is in Central Java on the border of West Java and south of Tegal on the north coast. This is Java’s second highest volcano (3,428 m) and one of its most active. It has a daunting crater, about 450 m wide, within an extensive summit area of old craters and lava fields covered in deep ash. Explosive eruptions occur every few years and normally last from a few days to several weeks. The mountain is shut to climbers whenever there is a possibility of an eruption, which can occur at short notice. 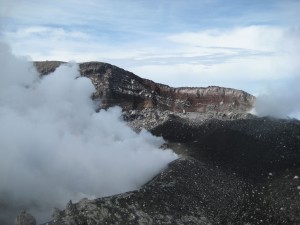 Java Lava has traversed the mountain from Dukuh (hamlet) Bambangan, Desa (village) Kutabawa, on the eastern side to Guci on the northwest in the past. But, with recent eruptions, the trail around the crater rim has become dangerous. Unless otherwise advised, Java Lava will limit itself to an ascent/descent via the Bambangan route. Lives are often lost on this mountain. Hypothermia on the upper, exposed slopes after becoming lost in poor visibility and failing to find the trail back down into the forest is the most common cause. 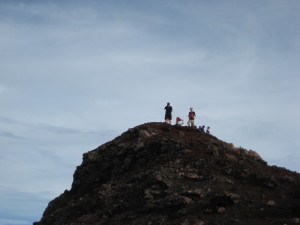 The vertical climb from the trail head, known locally as Pos Payung, at Bambangan to the summit is about 1,900 m. Maps are available at Pos Payung showing the elevation of each pos and approx. time between each. The ascent to Pos 7 (one of several possible camping places) takes about six hours with distance of about 12 km. The final ascent of the volcanic cone to the summit (about 250 m) is up a 30+ degree slope and takes about two hours. High winds may be experienced near the summit and clouds may cover the mountain top obscuring visibility. There may be sulphur fumes from the crater.

The Bambangan ascent leads directly to the true summit on the eastern side of the crater from where views into the crater may be possible. Better views of the active crater are possible by following the crater ridge up on its south-eastern flank. In clear weather, Dieng Plateau and Gunung Sumbing and Sundoro and, behind, Merbabu and Merapi may be seen in the far distance.

This is a three-day trip with one night camping on the mountain at about 3,100 m.

Day 1: Train from Gambir, Central Jakarta, to Tegal and minibus to a losmen at Gua Lawa (Lava Cave) near Bambangan (1-2 hours). A visit to Gua Lawa, close to the losmen, is an interesting example of a volcanic magma cave. 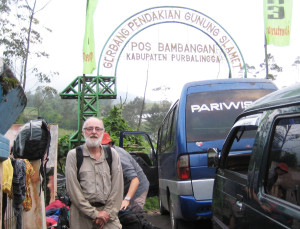 usually available in a nearby gully. But this stream may dry up towards the end of the dry season – Java Lava will consult guides re the availability of water before the start. The climb from Bambangan is quite steep. There are camp sites below the tree line and a shelter at Pos 5 but these are often already occupied by other climbers on weekends. 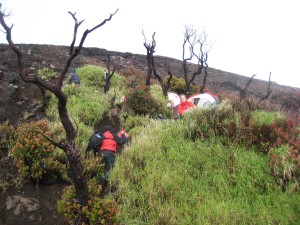 So, be prepared for a camp on the upper edge of the tree line between Pos 7 and 8 from where the ascent of the volcanic cone begins. Camp sites are scattered and often hacked into the mountainside. As these sites are above 3,000 m, some people may suffer from minor altitude problems. 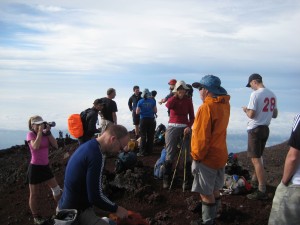 Day 3: Early start; climb the volcanic cone to the summit above the crater. Time and weather permitting, some trekkers may wish to follow the crater ridge up on the south-eastern flank for better views of the active crater.

Return to campsite (about 45 mins.) and break camp. The descent is by the same route to Bambangan (about four hours). Transport back to Tegal and evening train to Jakarta. 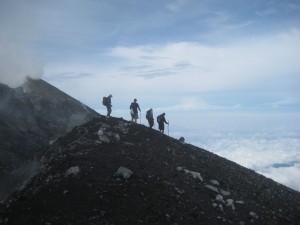 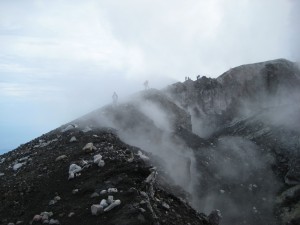