The Halmahera islands are in the far north-east of Indonesia between northern Sulawesi and the Bird’s Head of Papua abutting the Pacific Ocean. An extensive chain of volcanic mountains runs from north to south through these islands. 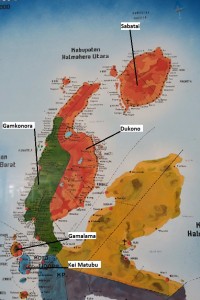 Most climbs start at sea level so are hot and sweaty initially. The lower slopes are predominantly plantations of coconut, cinnamon, nutmeg and cloves. To quote Dan Quinn (Gunung Bagging website), “hikes don’t get more fragrant than this.” The forest zone is reached at around 600 m and the cane grass zone at about 1,100 m; thereafter open ridges lead to the volcanic cone. Climbs are not difficult – just a steady trudge to the summit.

Local lore considers mountain as sacred. A point in the upper reaches of the forest zone marks the point at which the mountain becomes ‘holy’. Graves of nenek moyang (ancestors) and sultans may be seen on some mountains tops. While the origins of these graves may be ‘lost in the mists of time,’ they are still treated with reverence.

Java Lava has climbed all of these mountains except Buku Sibela. The consensus is that Dukono, Gamkonora and Gamalama are the three most spectacular mountains to climb. Each can be climbed in one day/night – camping gear not required. However, they are some distance from each other involving considerable travel by car and boat. An historical/site seeing tour of Ternate is obligatory. If time remains, climbs of Kei Matubu on the neighboring island of Tidore and/or Kei Besi on Makian could be included. 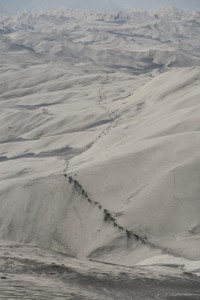 Dukono (1,259 m) has been erupting almost continuously since 1933. It is one of the most spectacular, continuously active volcanoes in all of Indonesia, and worth the effort of travel to Halmahera just to peer into its awesome crater and experience its violent activity.

The crater emits violent roars every minute or so with plumes of ash billowing some 500 m upwards. With extreme caution and staying up-wind of the plumes, one can peer over the rim into Dante’s Inferno, Abandon all hope, ye who enter here, even into the vent itself from whence the eruptions emanate far below the earth’s surface. (A selfie pole is a good idea for reaching over the rim to take photos.) The entire area for kilometers around is covered in deep ash creating a surreal moon-like landscape. Reportedly, a spectacular ‘fireworks display’ can be seen after sunset from the crater rim.

The climb will start in late-morning to be at the crater rim by late-afternoon. The descent will be in the night, after seeing the ‘fire works’ display after sunset. The trail head is about 8 kms from the Vulcanology Post on the coast at Desa Mamuya. Transport to the trail head is unreliable – options include walk/motorbikes/ jeep depending upon availability. Subject to transport, the group should return to the hotel in Tobela some time before dawn the next day. 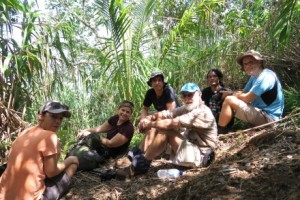 Gamkonora (1,571 m) is the highest peak on mainland  Halmahera and erupts at irregular intervals.  The shifting of the eruption vent, to the south, has produced an unusual, spectacular U-shaped valley-like crater with high walls on each side. 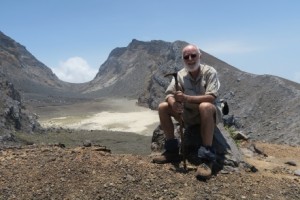 The climb, starting at sea-level through spice gardens, is very gradual and pleasant. A small collection of coins lying on a rock just before entering the cane grass zone marks the point where the mountain becomes ‘holy’. A trudge up a long, exposed ridge leads to the crater. The summit is reached after a climb of about 200 ms up broken rock and offers spectacular 360 degree views along the west coast of Halmahera with its off-shore islands, north to Gunung Ibu and Gunung Dukono in the far distance, east and south-east to the non-volcanic mountains of the south-eastern branch of Halmahera, and south to Gunungs Gamalama, Kei Matubu and Makian.

There is no accommodation at the trail head. Java Lava will stay in at Hotel Camar, basic but adequate, in Jailolo across the strait from Ternate, and drive two hours to the trail head. With a 0500 hrs start, the group should return to Jailolo by mid-evening. 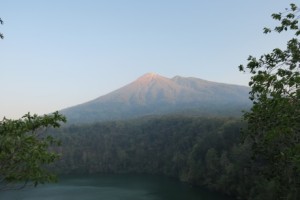 Danau Tolire Besar with the peak of Gamalama in background

Gamalama (1,715 m) dominates the island of Ternate leaving only a narrow coastal strip and lower slopes for spice gardens. The Sultanate of Ternate grew powerful through control of the clove and nutmeg trade throughout the eastern islands and, often in conflict with the Sultanate of Tidore, entered into intrigues and conflicts with European powers – Spanish, Portuguese, Dutch and English – over the spice trade from the 16th century. 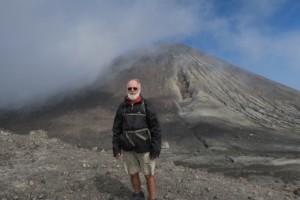 Gamalama volcanic cone with vent that appeared in 2015 eruption

Gamalama is highly active erupting most recently in 2015. An eruption in the 1770s created Danau (lake) Tolire Besar, a large crater lake on the north-eastern side of the island. Java Lava has climbed Gamalama on several occasions prior to the 2015 eruption and reached the summit – although very hot underfoot. Since the 2015 eruption, the face of Gamalama’s volcanic cone has changed with a large vent having opened on its southern face.

The Moya route (trail head – 400 m) offers the easiest, most direct and pleasant climb. This is a steady trudge through lovely cinnamon, durian, nutmeg and clove plantations. Gamalama’s ‘holy’ point is in heavy cane grass from where a first view of the volcanic cone is gained. A summit attempt will depend on activity at the time. In good conditions the views are fantastic. The perfect cones of Kie Matubu (Tidore) and Jailolo and other small islands nearby are visible.

Program – General: About 10 days including travel time from Jakarta is required for this trip. Some climbs are very strenuous but all can be done in one extended day. But local travel by car and ‘speed’ boat to reach all mountains is time-consuming. Camping gear is not required. Full ‘survival gear’ must be carried in day packs on all climbs. Accommodation is generally simple but adequate and meals in local rumah makan are the norm. If no delays en route, enthusiasts could also climb Kie Matubu on neighbouring Tidore as well as Jailolo.

Suitability: Don’t expect that all arrangements will work out as planned. Sound fitness, a positive attitude and spirit of adventure is required for this trip; not for families and children.

Weather: lowest rainfall is from July to October; boat travel should be safest at this time; ‘speeds’ are normally equipped with life jackets. But assume rain at any time.

Flights: The trip begins and ends in Ternate, and is serviced by several airlines from Jakarta via Makassar and Manado or maybe direct. Wings and Susi Air service some local routes within the Halmaheras.

Day 2: ‘speed’ from Kampung Baru port on Ternate to Sofifi across the strait to mainland Halmahera (about one hour); hire cars to Tobelo (about four hours). 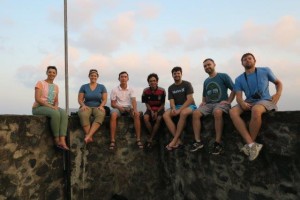 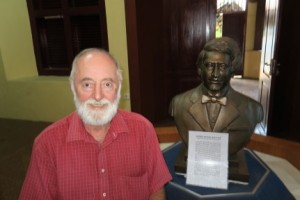 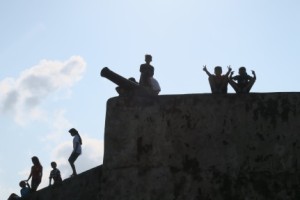 Day 8: spare day in event of delays. If all goes to schedule, serious climbers may wish to climb Kei Matubu on the neighbouring island of Tidore – achievable with ease in one day.

Extra trip: from Tobelo, cross to the island of Moratai to climb Gn Sabatai  (1,250), the highest peak on Moratai. It is from Moratai that General MacArthur launched his offensive to retake the Philippines in WWII. The original runways and a museum are of particular interest. 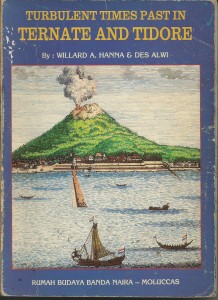 An excellent book on the history of the region is Turbulent Times Past in Ternate and Tidore, Willard A. Hanna and Des Alwi, Yayasan Warisan dan Budaya Banda Aceh, 1990. The book describes the intrigues between and amongst the Portuguese, Spanish, Dutch and English, and the sultanates of Ternate, Tidore, Makian and Bacan, and how all these groups played each other off for control of the spice trade.